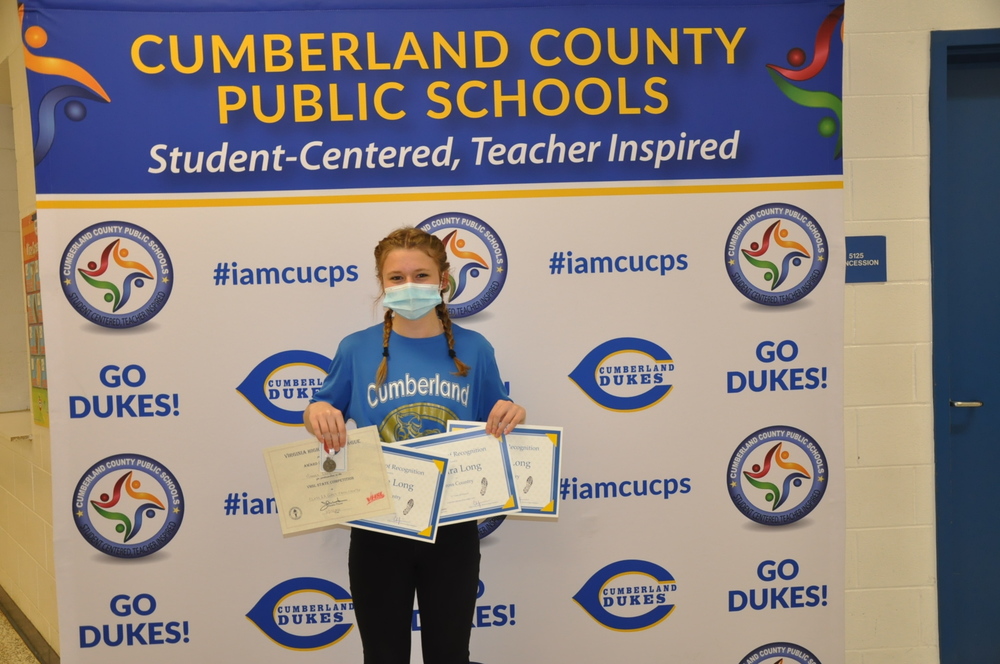 The following students were recognized by the Cumberland School Board for their performance in Cross Country Track: