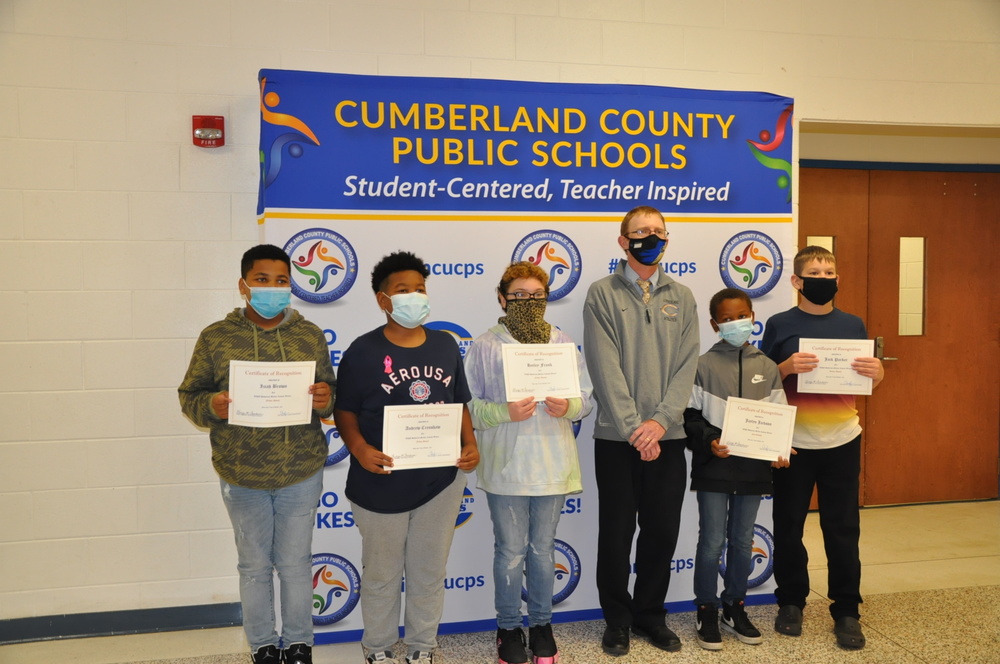 Students worked on creating their entries as part of their summer school enrichment activities. Two teams were formed. One team, composed of Isiah Brown, Andrew Crenshaw, Hailey Frank, Abdullah Fulani, and Jack Parker, worked on a marker to honor Arthur Matsu. He was the first Asian American student athlete at William and Mary and the first Asian American NFL Quarterback. The second team, composed of Santelle Baker, De’Von Carter, Jaylyn Jackson, Kavion Randolph, Brock Sullivan, and Jaylen Thomas, worked on a marker to honor Kim Kyusik. She was a graduate of Roanoke College and a leader for Korean Independence during World War II.

Both teams were recognized as winners of the Historic Roadside Marker Contest on August 2, 2021, by Governor Ralph Northam, First Lady Pam Northam, Secretary of Education Artif Qarni, and Deputy chief Diversity Officer Mona Siddiqui. These students were also recognized by the Cumberland School Board at the regular meeting held on October 7, 2021. Announcements will be made later as to where the markers will be placed.