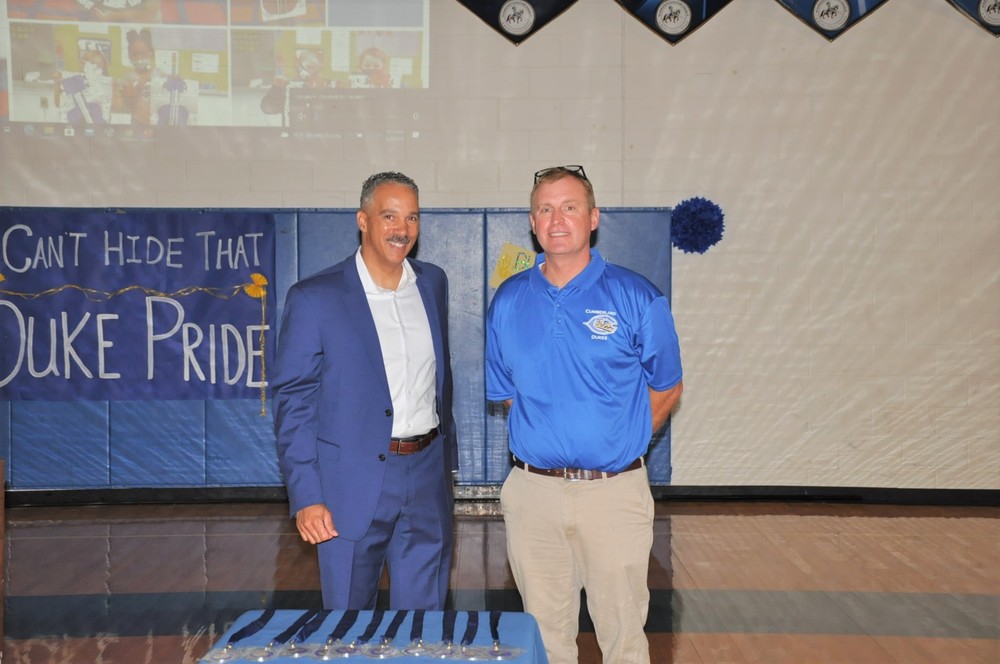 Brigadier General David Cochran. Mr. Cochran was a 1985 graduate of CHS. As a Cumberland High School student, he was an honor student and a member of the 1985 Championship Basketball team. Because of his exceptional academic record and physical fitness, he was accepted to the U.S. Air Force Academy and graduated in 1989 as a pilot. He was the first CHS graduate to be accepted into the Air Force Academy. He has served 32 years in the Air Force and on March 1, 2021, he was promoted to the rank of Brigadier General for the West Virginia Air National Guard. He has leadership and combat experience in several major contingency operations, including serving as deputy commander of both the 167th Operations Group and the 167th Maintenance Group. Most recently, he served as the vice commander.

Mr. Cochran has also done many voluntary missions through the Air Force that have taken him all over the world. His travels have included assisting with humanitarian relief missions in Somalia and providing disaster relief flights to hurricane damaged areas in the U.S. and the Caribbean. He has also been assisting with COVID-19 relief operations in West Virginia.

In his previous command with the 167th Airlift Wing, Mr. Cochran was responsible for more than 1,000 Airmen, state technicians, and contractors—operating a fleet of eight C-17 Globemaster aircraft, delivering people, equipment and supplies around the world in support of the defense of our nation. He has received praise from high-ranking military officials, who noted his impeccable integrity, his determination to complete missions, and his ability to form lasting relationships.

Mr. Cochran never forgot Cumberland County. During his promotion ceremony as Brigadier General, he took the time to acknowledge his mentor, Mrs. Betty Scales, who helped him get into the Air Force Academy.

Caption:   Brigadier General David Cochran, standing with Dr. Chip Jones (Superintendent of CuCPS) was inducted into the Alumni Hall of Fame during Convocation on August 4, 2021.