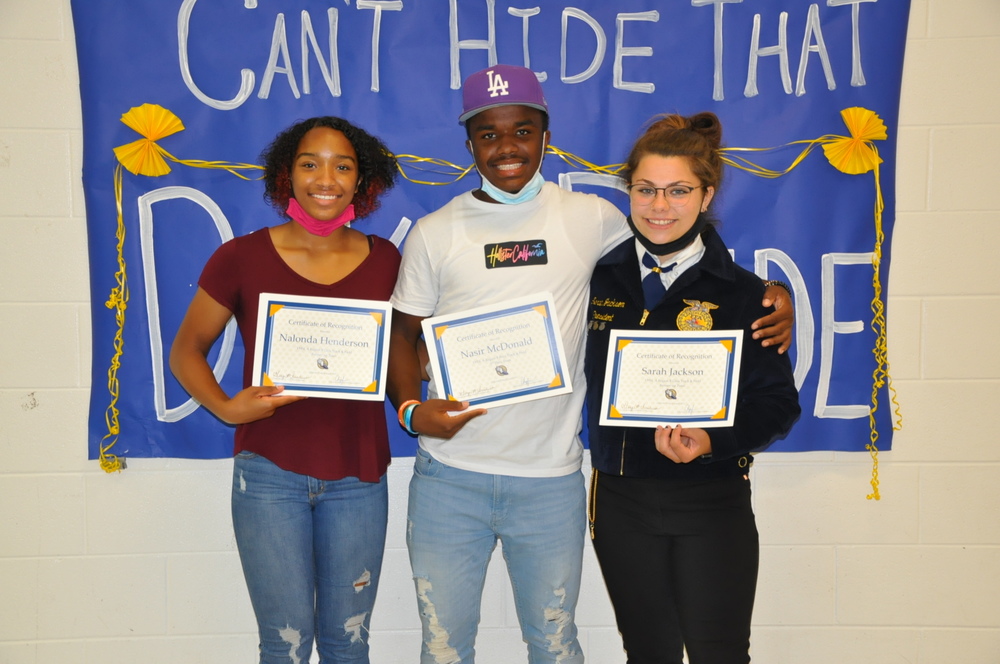 CAPTION:   Nalonda Henderson, Nasir McDonald, and Sarah Jackson attended the August 4, 2021, meeting of the Cumberland School Board and received certificates for their achievements in Track and Field.