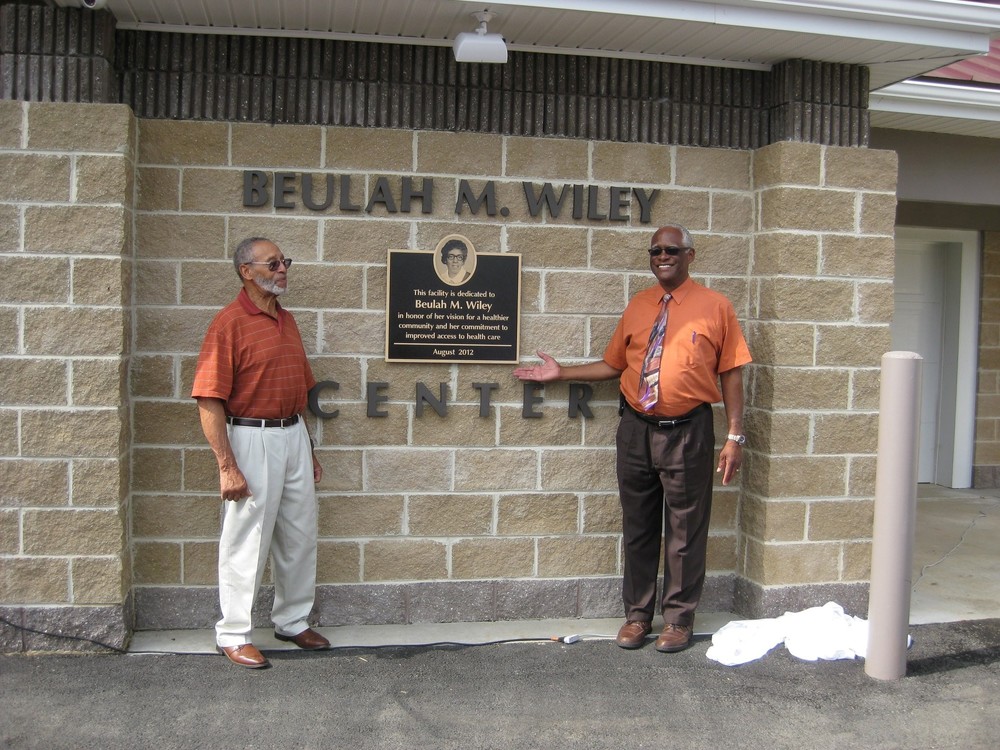 Mrs. Beulah Marshall Wiley, a 1941 graduate of the Cumberland Training School, was a political activist who was instrumental in establishing Virginia’s first community health center. Her vision for the health center was spurred on by her personal efforts, when working with CPAC, to transport people to health care facilities, which often took up to two hours. She rallied other citizens in her quest to provide affordable, high quality health care close to those who needed it. In her quest, she contacted educators and religious leaders throughout the area to assist in this project. She applied for and received a grant from the federal government to open a community health center. The health center helped to provide health care for all citizens, including the medically underserved. The CVCHC, located in Buckingham, offered medical, dental, behavioral health, x-rays, and pharmacy services to citizens in Buckingham, Cumberland, and Fluvanna. She then served as the first Executive Director of the newly created Central Virginia Community Health Center. The trend started by Mrs. Wiley grew, and currently there are many more sites located throughout Virginia to provide health care to those in rural and high poverty areas.

By 2012, the Buckingham facility provided services to approximately 8,000 patients annually.  This was the year that a fitness center was added. The center offered fitness activities as well as health and nutrition training facilities. The center, dedicated on August 11, 2012, was named the Beulah M. Wiley Fitness Center in her honor.

Mrs. Wiley has been described by those who knew her as caring, dedicated, hard working, and compassionate. Her sister described her as a talented, motivated, inspirational, persevering visionary.” A newspaper article noted the following: “Her leadership, energy, and commitment to health care for any resident who needed it laid the foundation for what would become Virginia’s largest community health center.” At the dedication of the Fitness Center, her sister asked “if the state had any other comparable institution founded by a black woman in the time that Wiley founded it.” At the dedication, a ceramic bust of her, created by Ed Miller, a UVA sculptor, was unveiled. This statue was intended to make everyone aware of the enormity of her accomplishment.

Mrs. Wiley’s name has been added to the Alumni Hall of Fame recognition board, which is housed in the CuCPS Central Office. Her brother, Mr. Harry Marshall, acknowledged the tribute on her behalf.

A picture of Mrs. Wiley resides on a plaque near the entrance of the building named in her honor.