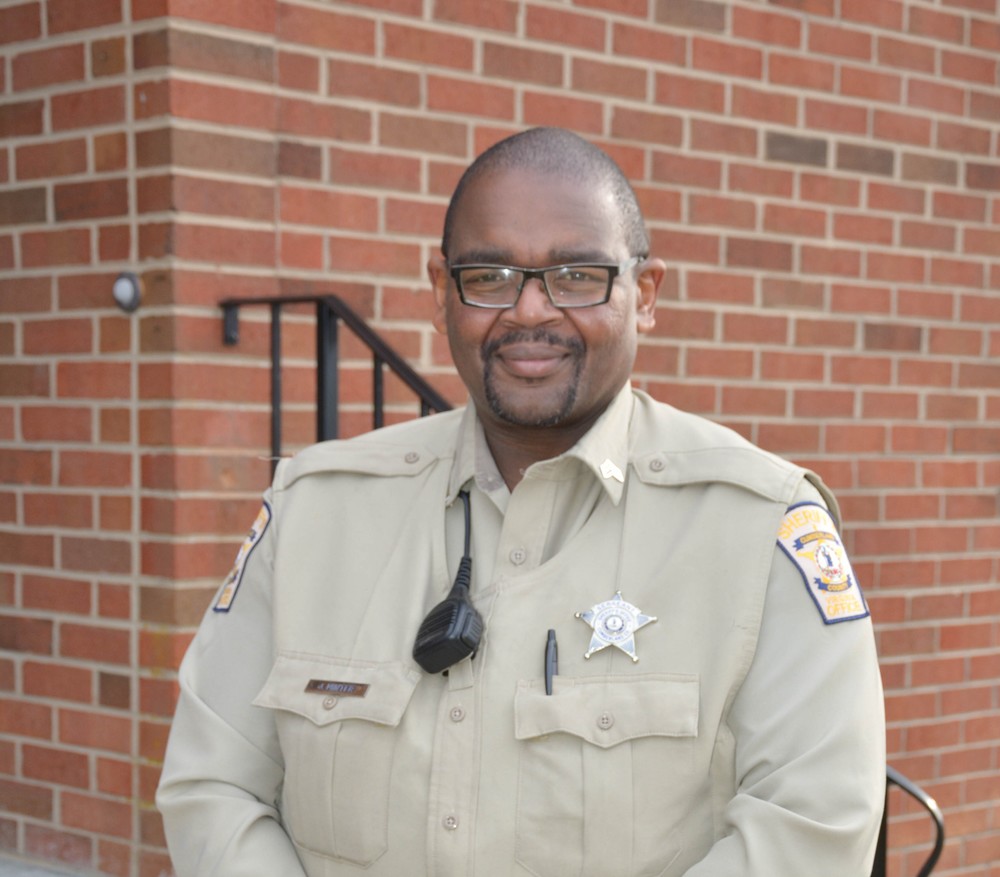 Jeffrey A. Minter, a Sargent with the Cumberland Sheriff’s Office, was recently named the new School Resource Officer (SRO) for Cumberland County Public Schools. Minter has 20 years of experience in law enforcement, and he has received specialized training in numerous areas, including crisis intervention, dealing with active shooters, hostage negotiations, chemical munitions, and interview/interrogation techniques.

In addition to his work at the Sheriff’s Office, Mintor is also active in the community. He is a member of Rocky Mount Baptist Church, works with the Alumni Mentor Program, volunteers with Delma’s Pantry/Cumberland Food Bank, and sings with Annie Minter and Divine Voices Gospel Singers. Minter, an alumni of Cumberland High School, was a 4-H All Star. He previously served as president of the Cumberland Rescue Squad, was a defensive tactical instructor, and is an ordained deacon and licensed minister.

Minter is married to his wife Salina, who is an LPN, and he has two daughters (Jakayla Minter—7th grade and Aaliyah Minter—5th grade) and one stepson (Rodney Richardson, of the 82nd Airborne, who was just deployed to the Middle East). His hobbies include fishing, drawing, traveling (cruising), learning the Bible, watching comedies, eating exotic foods, and getting to know different people. He has one indoor cat named Simba.

Minter said he is dedicated to assisting “young males in becoming smart, talented, and respectful men.” For Minter, the recipe for success is “trying the new, but it must also contain the value, lessons, and the nurture of the old—with a touch of love.”

As SRO, Minter will be primarily stationed at the Cumberland High School/Middle School Complex. SROs are responsible for working with school administrators, security staff, and faculty on developing and implementing comprehensive safety plans to ensure schools are safe places for students to learn. He will work closely with the elementary school SRO, Officer James Turney.