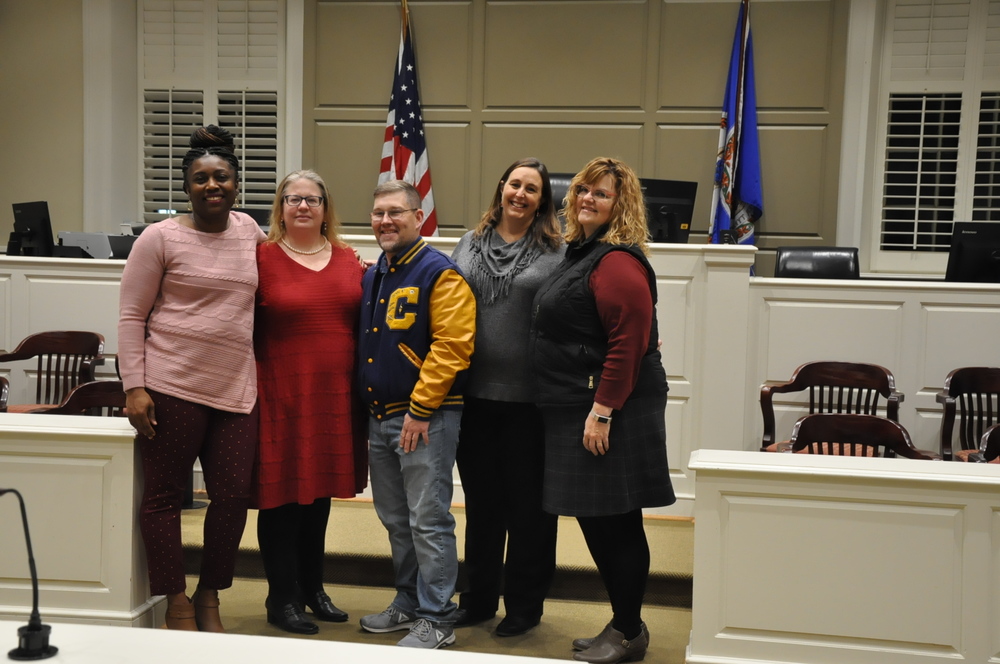 On Thursday, December 19, 2019, at 6:00 p.m., at the Cumberland Court House, the Oath of Office was administered to members of the Board of Supervisors and the members of the School Board. Clerk of the Court Diedre Martin administered the oath to each member individually as friends and family members watched. Three members of the School Board were returning members, including Mr. Lee Dowdy, Dr. Christine Ross, and Ms. Ginger Sanderson. The two new members included Mrs. Latesha Anderson (replacing Mrs. Erika Tyree, who won a seat on the Board of Supervisors), and Mrs. Wendy Tillett (who replaced retiring member Mr. George Reid, Jr.).