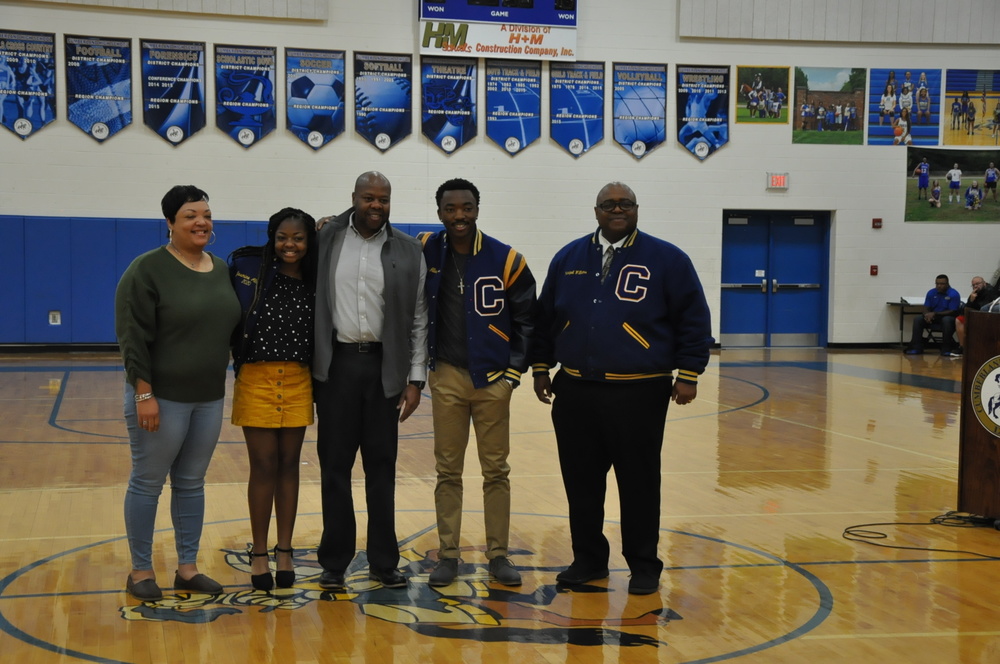 On Tuesday, November 26, 2019, thirty-eight seniors at Cumberland High School were awarded an academic jacket during a ceremony held in the CHS gym. These jackets were presented to students who had maintained a cumulative 3.0 GPA during high school. Parents and family members of the recipients were invited to attend.

At the conclusion of the ceremony, Mr. Williams made closing remarks. Parents, guests, and recipients were then invited to a reception with light refreshments served in the cafetorium.

Jasmine Allen poses with her family: Audra Allen, Jasmine Allen, Ronnie Allen, Christian Allen, and Eugene Williams (principal). Because jackets were presented to recipients alphabetically by last name, she was the first senior to get her jacket. 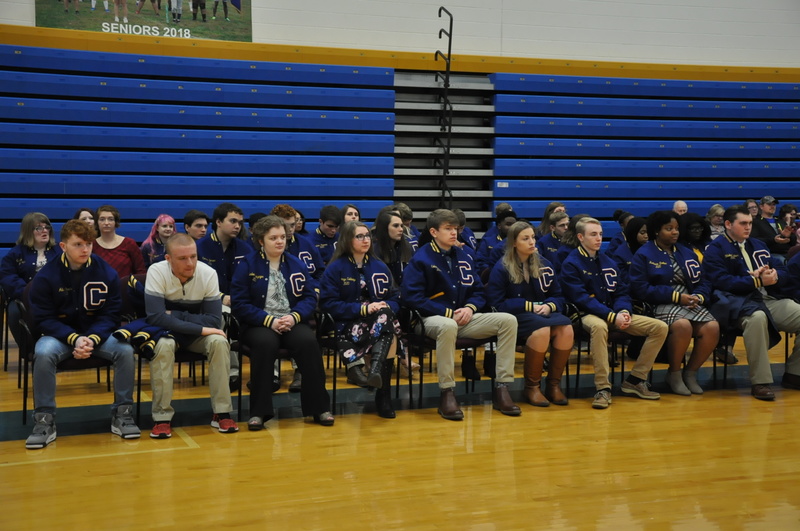 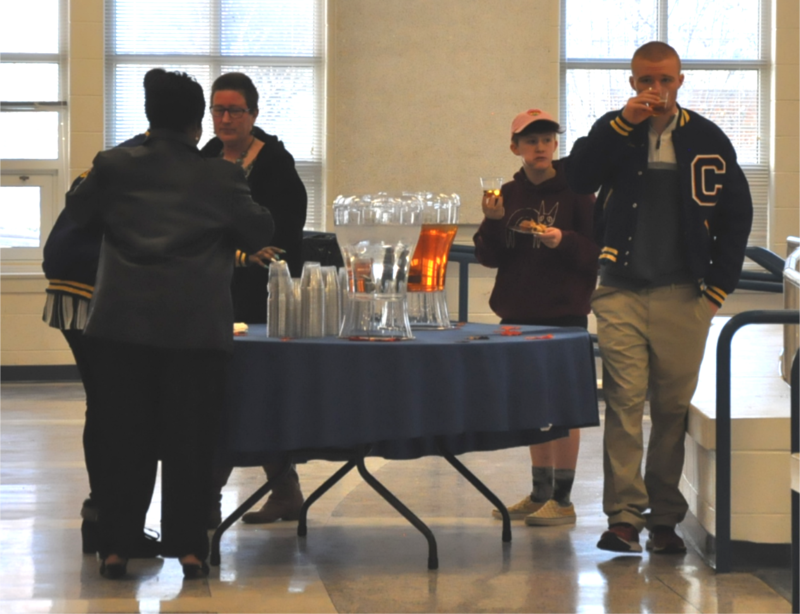 Guests were invited to attend a reception following the Academic Jacket Ceremony.