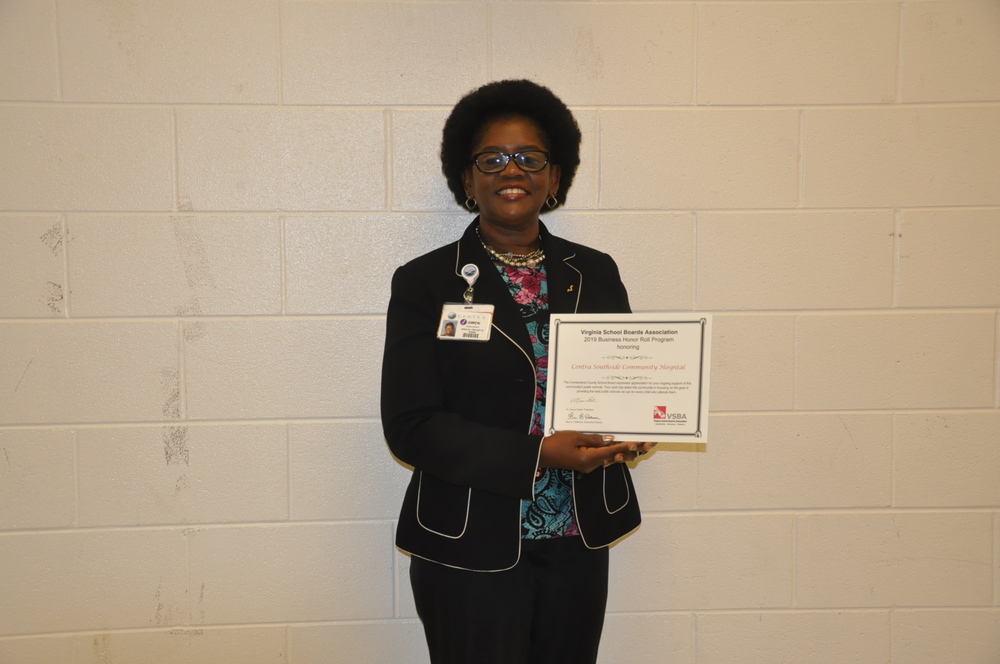 Each year school divisions in Virginia have the opportunity to nominate local businesses to be added to the Virginia School Boards Association (VSBA) Business Honor Roll. The Honor Roll was established to recognize companies providing invaluable support to local schools and their students. This year, Cumberland County Public Schools nominated Centra Southside Community Hospital, located in Farmville, VA, for inclusion on the Honor Roll. Centra was nominated because of its ongoing support of public education, including holding health screenings for staff, providing internships for students, and participating in the Region 8 summer STEAM Academy.

After being accepted into the Honor Roll, Centra received a personalized letter of congratulations from the VSBA. In addition, the Cumberland School Board recognized Centra at the May meeting of the School Board. Mrs. Gwendolyn Acres-Booker, representing the hospital, received the Certificate of Appreciation. Dr. Amy Griffin, Superintendent of CUCPS, expressed her gratitude for all of the support provided by Centra.

Mrs. Gwendolyn Acres-Booker, representing Centra Southside Community Hospital, was presented with the Certificate of Appreciation from the VSBA.