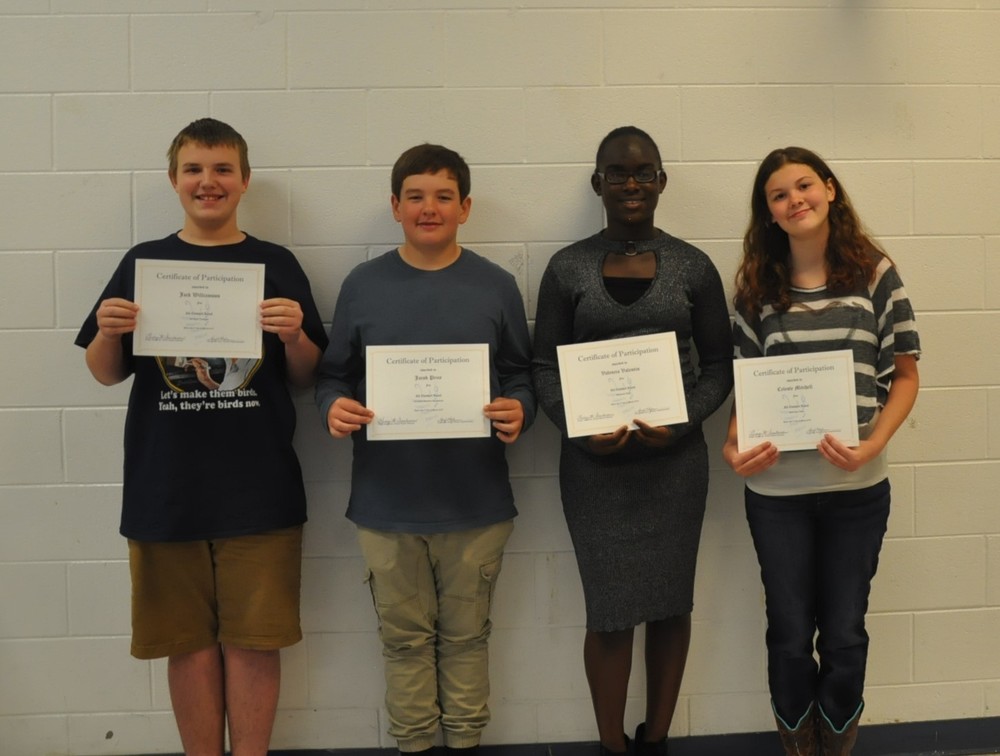 These students were recognized at the April meeting of the Cumberland School Board.

Students Jack Williamson, Jacob Price, Valencia Valentine, and Celeste Mitchell were recognized by the Cumberland School Board for being named to the All-District Band.